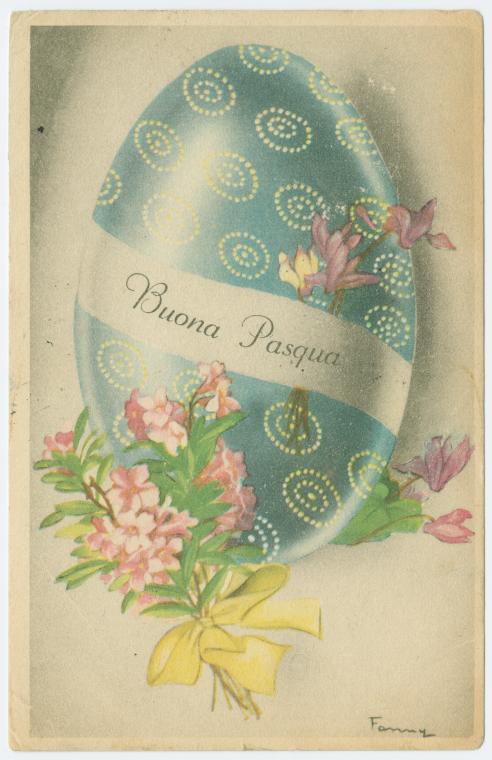 Once, again, we depend on the kindness and generosity of John Augelli to share with us his memories of Celenza. Because John emigrated from Italy as a child, he cautions us that some of his memories of Easter may be confused with the celebration of the feast day of Celenza's patron saint, John the Baptist. We included all of John's memories because even if some of this description is actually of St. John's feast, it is nonetheless a fascinating and precious glimpse into our shared heritage.

"Strangely, my memories of Easter in Celenza are less distinct than those of Christmas and St. John's day, June 24. (St. John, the Baptist is Celenza's patron saint, and his day was cause [for a] very special celebration indeed.) Like Christmas, Easter was first and above all a religious holiday. Both the main church (Chiesa Madre) and the church of San Francisco were decorated with a profusion of flowers, especially Easter lilies and carnations. Most people went to mass and then went visiting their friends and neighbors to wish them Buona Pasqua. The visitors were always offered torta with embedded eggs, taralli and other goodies plus wine or licuori. For those that could afford it, the liqueurs were Strega or Sambucco. Others made their own risolio. (Incidentally, a good many men in Celenza, especially the young ones did not often attend mass, but even these tended to go at Christmas and Easter. You may also know, of course, that many of the men were very anti clerical, and jokes about priests and other clergy were common.)

"And here my memory becomes dim. It's possible that at or near Easter, there were religious processions, occasionally with a band. These processions generally included statues (of Mary, St. John etc. carried by men) and were led by one or more priests. Also common in these processions were prayers and the singing of hymns, and once in a while, the marching of members of the confraternities dressed in red robes and hoods that covered their heads and faces except for the eye slits. (I think these confraternities came into being during the Black Plague when men dressed in this fashion went around picking up the dead.)

"Again, I can't be sure, but it's possible that there were fireworks on Easter night as there were on St. John's day. To help pay for fireworks, shepherds would bring their flocks to enclosures outside the village, and all the milk the sheep produced for a day or so was donated cover costs for the festivities." 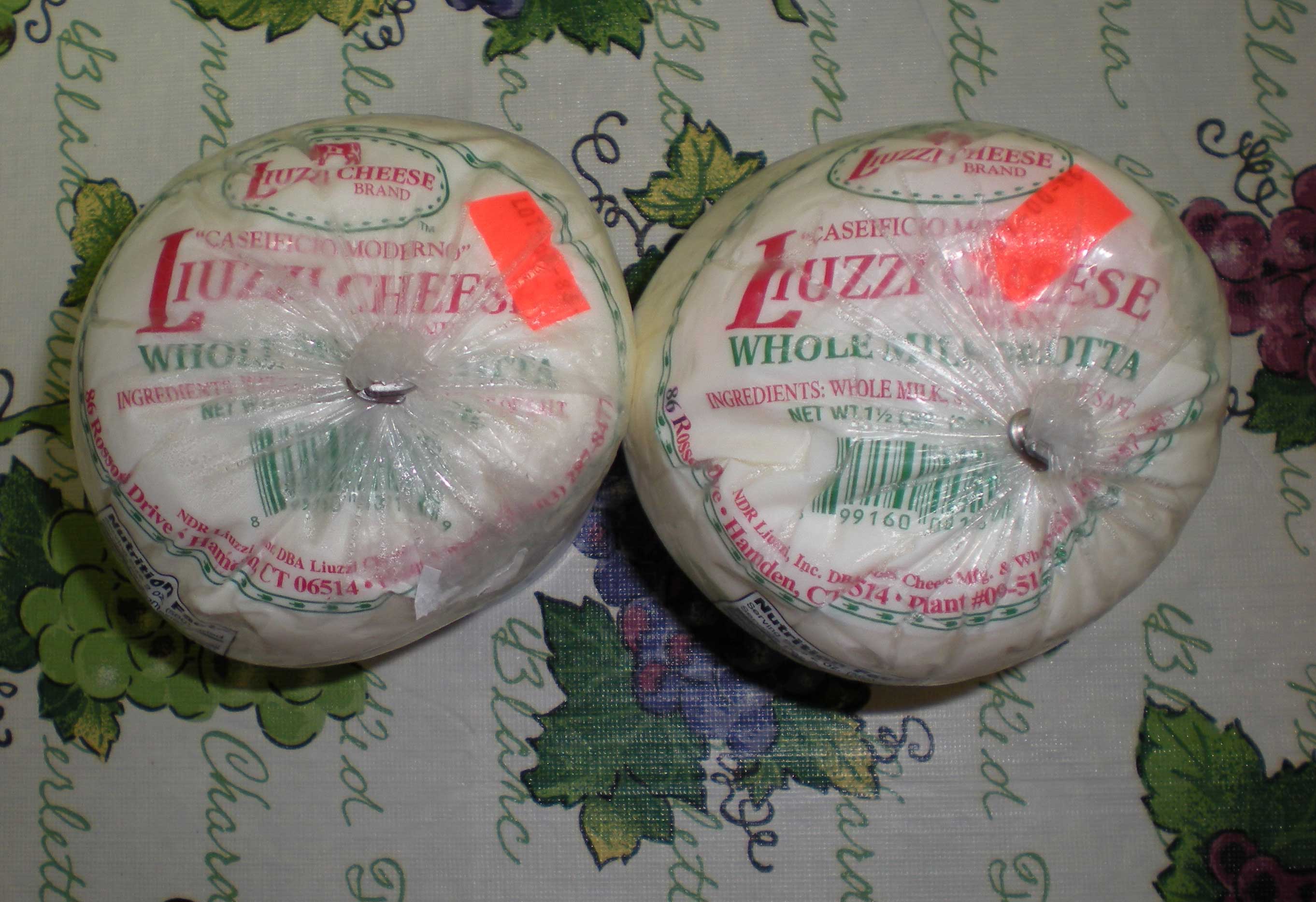 Fresh, premium ricotta makes all the difference with these recipes. My favorite is Liuzzi ricotta from North Haven, Connecticut.

Our friend, Constance Marcucci, shared with us some of her family's traditional Easter recipes. Two of the recipes are handwritten. Print them out for easier reading. Enjoy!

Here is our Nonnie's recipe for a basic Pizza Dolce, also known as Ricotta Pie. This one is a recipe for pizza rustica from the New York Times.

Constance was also kind enough to share some memories of Easter celebrations from her youth in Waterbury, Connecticut. "One thing that I remember observing during Holy Week was visiting . . . about seven or more parishes in Waterbury on Holy Thursday to pray before the Blessed Sacrament. We started at Our Lady of Mt. Carmel then on to St. Joseph's in Brooklyn, St. Patrick's, Our Lady of Lourdes, Blessed Sacrament and others." Constance also has fond memories of her aunt's traditional rice pie and meat pie. Some of you may know the meat pie by the name of "pizza gaina," which is actually slang for "pizza piena," which means "full pie." In Neopolitan dialect, it is known as "pizza rustica."

In Italy, the day after Easter, Easter Monday, is a national holiday called "Pasquetta." Our friends in Celenza mentioned to us that they celebrate with a traditional picnic, accompanied by family and friends. The journey from the cities to the country to enjoy a picnic is said to have its roots in the biblical story of the road to Emmaus. Emmaus is where the risen Christ appeared to two of his disciples. For more about Pasquetta, read this interesting article from the New York Times.